This week’s portrait subjects are Bugs Bunny and Lola Bunny! 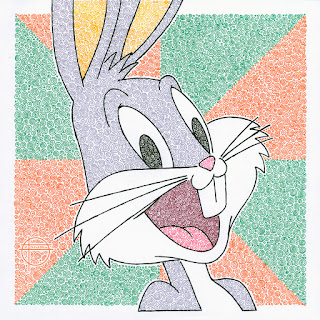 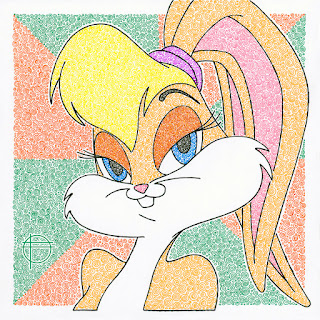 This week, I just wanted to do an image of someone that made me laugh and had happy memories associated with it.

I love those early Looney Tunes cartoons, hands down they were the best animated cartoons during their time. As a kid the humor was direct and easy to follow, but then later as an adult, the appreciation increased as you started to understand some of the inside jokes that were targeted to an older crowd.

Lola Bunny I guess was the studio effort to bring sexual diversity among the characters and a merchandising gimmick for the movie, ”Space Jam”. I don't know if she had as much of an impact as Bugs, given I had moved on to other animated series and characters around the time of her arrival.

Lately life has been feeling like a Looney Tunes episode. Like someone broke into the Acme factory, let loose every crazy imaginable device in it, from the paint that can created tunnels when applied on walls to exploding flowers.

There's a certain sense of humor to it all as you watch and listen. But if you're an adult you see, and understand the inside jokes, might make a different association and cringe instead of laughing.