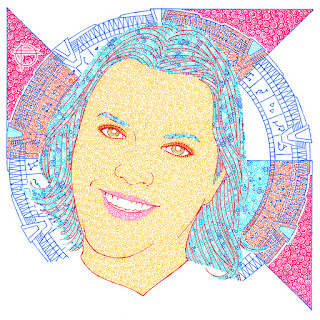 This weekend is Dragon Con! The BEST COMIC / COSPLAY CONVENTION ever!


Four official days of nonstop partying, but anyone who’s a regular knows the actual convention begins on Thursday, and if by Sunday you haven’t partially lost your voice or have a hangover that you’re fighting through and made several new friends, then you’ve missed out on what this convention is all about.


I found out about Dragon Con a few years ago through some people who later became friends. That first year of attending redefined conventions for me in so many ways. From the round the clock convention parties to the Saturday morning cosplay parade. My personal favorite memories to date, Jello Wrestling, Stargate parties and Cosplay Life Drawing. Yes, Cosplay Life Drawing! 2 years in a row the amazing people running Dragon Con allowed me to do the Cosplay Life Drawing event and each time it was fantastic, with attendance well over 100 people!


I tell people if they are a true fan of comics, sci-fi, cosplay and everything that’s part of that universe, then this is the only convention you should attend especially if you’re on a budget and had to pick one.


In the 30 years since this convention has been going on they seem have managed to keep the spirit of this convention intact by not allowing the entertainment world to get a foothold in it with television or movie studios, so what you’re left with is a safe haven for people who aren’t there just to sell and promote crap but actually enjoy being there and want to have fun.


And as I mentioned earlier, you actually will make new friends that for the most part you will see every year like a family barbecue reunion.


That was my experience in my first year of attending back in 2007, I met a bunch of amazing people, the majority of which were Stargate fans (greatest TV show ever!), who I’ve looked forward to seeing every year since around this time and among them is Misty Noble.


Misty and her sister, Sandy won me over in that first year and we’ve been friends ever since.


I choose Misty for this portrait because she is the first person that usually comes to my mind when I think about Dragon Con. Each year I’ve attended DC, the majority of my time is spent with her and her family. She’s such a wonderful person.


Misty is a Stargate fan as well so I thought I’d incorporate that into this portrait. The blue hair was meant to represent the blue puddle or wormhole effect that occurs when the gate is dialed. I felt leaving out the outline on the head allowed the hair and head to blend into the gate.

This year unfortunately I won’t be able to attend Dragon Con. This is the second year in a row that I will be missing out on seeing Misty and all the great people I’ve been keeping in touch with through social media.Hopefully if life doesn’t throw me any more curves, I’ll see you Misty, family and friends next year.  I miss our Mexican dinners at that place downstairs and waiting for a table at the diner. Hope you guys have fun and post lots of pictures!

I feel like some Stargate binge watching is in order now!
Posted by pbdotman at 12:51 PM No comments:

So this portrait was meant to be posted a couple of weeks ago, after San Diego Comic Con, but I had to suddenly leave for New York for family business and while I was there a surprise visit to Marvel happened. I won't go into details, especially concerning family matters but as for Marvel, maybe there's a trailer in 2018? I think it was kind of funny though that I was planning to post this Iron Man image and suddenly I find myself invited to the home of Iron Man. These images actually have history. All eight of them were done exactly a year ago during the week of the 2016 San Diego Comic Con. They were an experimental idea I had, I wanted to draw and animated the different Iron Man costumes with the circles of course. I knew there were a lot (about 36 costumes over the years), I settled on the 8 main ones or at least the ones I thought were important (and I could find reference on!)

Am not too happy with missing over two weeks of posting, but I have been creating other art works, so my time has been productive. I will be showing many of the new pieces at the Long Beach Comic Con, Labor Day weekend. I also will be hosting the Cosplay Lifedrawing event again, which is always a lot of fun.

For those of you planning to attend the Long Beach event, this year’s theme is, “The Heroes of Mystic and Magic” The models will be the amazing Jennifer Fabos Paton as Zatanna and the Gal Gadot look a like, Shadia Ghantous, as Wonder Woman. Personally, I think Shadia is even more attractive than Gadot, if that's even possible, look her up on Facebook and see for yourself.

Hope I see some of you at Long Beach!

Posted by pbdotman at 2:09 PM No comments: