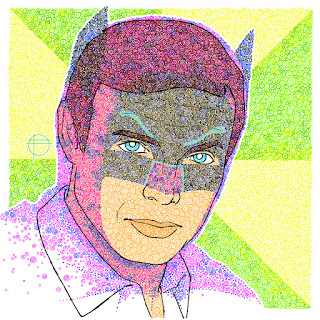 Nelson Riddle, The Markettes, The Ventures, R.E.M., The Kinks, The Who, what do they all have in common, they all recorded versions of the 1960s Batman theme song.

I think we can all agree, Adam West’s Batman hands down was the greatest TV character since Kirk and Spock from Star Trek. I grew up watching the series in syndication. I remembered planning my day around the time when I knew it was going to be on. Adam West was a cool character, he always had this look of trying to be serious but there was that constant smirking smile letting you feel like you were in on a joke, and of course, who couldn't wait to hear Robin’s, “Holy (fill in the blank) cry for that week.

If you’ve ever watched the show (If you haven’t, lower your head in shame) then you must have tried doing the Batusi at least once. I think it was introduced in the very first episode. Everything about that show was cool and hip. Adam West was the perfect actor for the role, I can't imagine anyone else doing it. But then again knowing the lack of creativity in TV, am sure there are a couple of executive TV clowns some where trying to reboot it, thinking they can do better.

I started this portrait a few weeks back when I heard about Adam’s death. Wasn’t sure if this was going to be a portrait of Adam West or of him as Batman. Somewhere in my mind the idea came of doing both but I didn’t want to do 2 drawings. After a day of thinking, the idea of combining the two came to mind. I was prepared to re do this one, since I felt it might not work out the way I envisioned it on the first try. But I did it, I made it work. The final art does a great job of bouncing the eye back and forth between the two images, if I say so myself, am really happy with the outcome of this piece.

In time people will likely forget about most of the current dramatic Batman movies that have come out in the last 30 years but they will always remember and very likely still be watching Adam West’s Batman!

Too bad there wasn't a way for someone to put a clause in place to block any future re make of the series. The Batman series is a classic, and there is no replacement for Adam West, he is Batman!

Posted by pbdotman at 2:44 PM No comments: 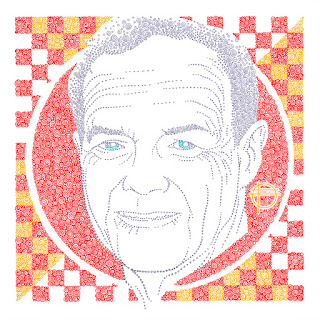 I can’t believe it’s been 7 years since he past away. He isn’t the first person I’ve known and care about to have died. My dad was a person who had a huge influence in my life. My close high school friend, Gregory Baker. My next door neigbor Ms Cleary. Mr Ferguson, Ms Klyde, Mr Nagel, 3 teachers from high school, who without their guidance, I wouldn’t be the artist I am today. Grade school teacher, Sister Raphel, who allowed me to work on art projects with her class of 8 graders when I was in the 6 grade.

I was late with posting this week because of something that happened on Monday. Through conversation with someone it was bought to my attention that they had no idea who Earth, Wind and Fire were, never heard the name before. The timing of course being Monday made me introspect even more on the subject of this piece, the meaning of who we are, and how quickly what we think of as important is forgot very quickly as time moves forward. And time did move forward and here I am posting at the end of the week.

Am sure a lot of you have never heard of Peter before, I didn't know of him until I met him back in 2008 at the New York Amine Award Show where he was given the American Anime Award for Outstanding Achievement. I was also shooting a video at the convention which he was kind enough to be a part of. It’s on YouTube, called “Pierre Bernard at the NY Anime Festival”. Very funny, if I say so myself, I wrote it all. (who says am not a writer!)

If the above link doesn't work, just go to YouTube and type in: “Pierre Bernard at the NY Anime Festival”.


On this portrait, I used the colors that were prominent in the anime serie. The checkered background to represent racing flags. I felt the grey showed a more matured, respectful person.
Overall, calming no saturated colors to reflect the kind person he was.

I guess in the end like Earth, Wind and Fire, and many other people and things I am aware of, they will be forgotten in time by the world around us and be replaced by that moment’s topic.

This all brings to mind another instance where 3 years ago I was talking to an intern who didn’t know who Conan was, name or person. I kid you not, imagine working somewhere and not caring enough to knowing who your boss was.

By the way, Go check out Speed Racer, the anime series from the 60s. Also, in case you are wondering, Earth, Wind and Fire is a music group.
Posted by pbdotman at 12:11 AM No comments: 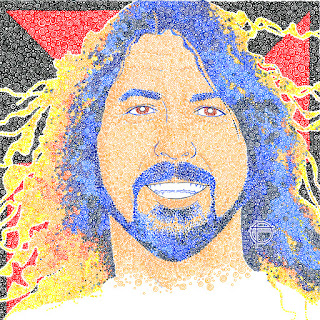 Posted by pbdotman at 6:50 PM No comments: