"HEY PIERRE, WANT TO GO TO DRINK AND DRAW?"

This week's portrait is Howard Shum! 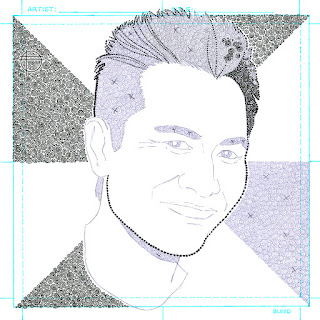 When I think about what have been my biggest influences so far since living here in Los Angeles, all thoughts lead back to Howard and, “Whatsername.”*


Whatsername, for telling me I should look up these interesting life drawing events happening in L.A., one being, Dr Sketchy. And Howard for asking me to join him at a Gallery Girls, Drink and Draw event at the Falcon on Sunset. That was the evening I saw Jennifer Fabos Patton for the first time, dressed as a gypsy, and my world haven't been the same since.


I've been drawing circles almost all my known life. At a later Drink and Draw, someone asked me, why circles. “I don't know why circles, I just know I feel great doing them, it almost feels like sex!”


There's no way of knowing today had I stayed in New York and not took the invite to continue working with Conan, what my life would have been like. Somehow I doubt I’d be posting portraits or involve in going to and hosting life drawing events.


Howard is a writer, director and comic artist. I wanted with this portrait to emphasize the comic art side of him. I made the design look like a comic book page with blue lines for ruling and cropping. I thought it would be cool to make it look like a pencil drawing that was being inked.


Easier said then done! I used a few variety of greys to get the penciled look and went over areas with black ink to represent inking. I can say with knowledge that this was a hard piece to do using ink. I'm real happy with the final art.


Thank you Howard and Whatsername, for directing me on this path!

*SIDE NOTE: Whatsername, is someone who meant a lot to me once. She was very inspirational back in New York, and very supportive as I made the transition to California. But like anything in life, things changed and we both went different ways. Unlike the song, I haven't forgotten her name or memories. But I think for now it's probably best to leave her nameless, unless she calls herself out. I'll always have respect for her and what she did for my life in the short time of knowing her.
Posted by pbdotman at 1:11 AM No comments: 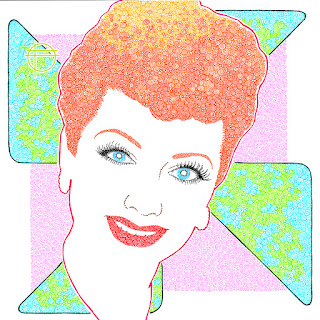 If you have no idea what the title is referencing, YouTube it, and see what comedy use to look like before the current day of formulated un original laughs.

This was a lot of fun to work on. Aside from being an incredibly funny person, Lucy was beautiful. I wanted to try and capture that beauty as well as her colorful personality in this art piece. And again I am bummed out that the scan doesn’t do the original justice. All the colors look flat.

Lucy came to mind as a subject for a portrait for a few reasons, the top of which, originality. I guess with TV being some what new at the time of the, “I Love Lucy Show”, the content had to be new as well since there wasn’t anything like it to copy except old radio shows. But now almost 50 years later, you have a majority of writers and performers who do nothing but copy visuals from the past that were funny and just modernize them for today’s audience.

To some degree this is true of the art world as well. Originality sort of went out the window as artists look for the quick dollar imitating other successful artists.

Anyway, Lucy’s generation were truly original artists. And what she did on television was genius.

I raise a nice big table spoon full of Vitameatavegamin in her memory for being such an amazing artist!

Posted by pbdotman at 5:32 PM No comments:

I WISH U HEAVEN 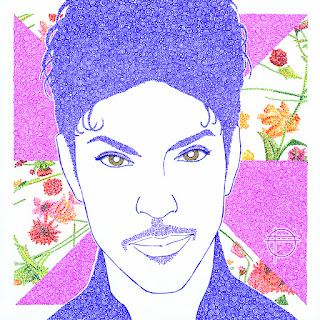 I love Prince’s music. Purple Rain and 1999 are among my favorite albums. It’s hard to just listen to an individual track and not the entire album at once. It’s like everything flows into each other, kind of like David Bowie’s “Ziggy Stardust” or Pink Floyd’s “The Wall”. I knew when I started this portrait that purple and violet were going to be major colors in it. Then I got the idea of incorporating the flower design from the Purple Rain album into the art. And as expected, the scan doesn’t do justice to the colors in the final original art.


Friday will mark the first year of Prince’s death. Lately death has been on my mind more than usual. It sort of been hanging around my family for a few weeks now, not making any aggressive moves, simple making its presence known like some uninvited guest. It is the reason I wasn’t able to post a portrait last week. The last time it visited was a long while back, it decided to take my dad when it left.


I am sure by the weekend there will be a ton of tributes to Prince. His fan base is still weeping his passing, and the news will make it a feeding frenzy with all sort of give-a-aways, tribute concerts and other moronic events all tied to cashing in on his death. People will of course jump on board and make it profitable for these companies to do so. But hopefully there will be a few who will take this as a moment to reflect on life in general, truly appreciate the artist that Prince was, and when they hear themselves saying his death was sudden or too soon, they will turn and remember to honor the people they care about who are still among the living.

Go call or visit someone you care about.Now!
Posted by pbdotman at 12:33 PM No comments: 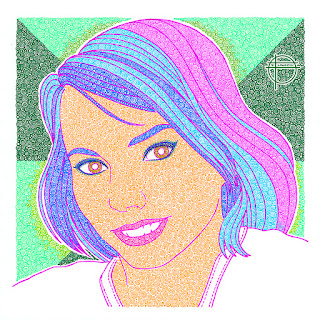 I saw a picture of Kendra awhile back which was fascinating and I thought I’d try to see if I could capture the beautiful feeling the photo had through art.What a weekend for life. It’s one of those moment in time when you think things are bad enough, and another curve is thrown at you a lot worst. Then another. So much so that I can’t even think of anything to write at the moment.

My only thought is that I didn’t want to miss a week of posting an art portrait. Kind of like the person who gets in an accident and the only thought is, "I have to get to my appointment." Not paying attention to the fact that their leg has fallen off.

Don't get me wrong, I am still enjoying doing these, but this is one of those bad life moments. Hopefully things will get better.
Posted by pbdotman at 9:06 PM No comments: