This week’s portrait is of Beyonce Giselle Knowles-Carter.
Originally, this was titled, “Happy Valentines Day”, but with the past 2 weeks news cycle, I felt the need to take this one in a whole different direction and make it a little bit political. 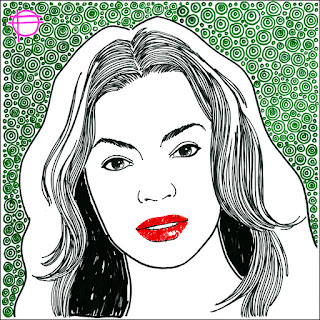 Beyonce has been a person I’ve wanted to draw for a while now. What’s challenging about her is that there really aren't many good reference photos of her that haven’t been retouched. I have no idea what she really looks like, and as a result I found it much harder to get her likeness down on paper. I think she’s black but in the majority of her online pictures she looks white with a very even tan.

I used the Pan-African flag colors to complete the image as a result of the recent drama over a song she released and the costumes she chose to wear during the Super Bowl half time performance of that song. People were outraged and want to protest her choice of costume. It reminded them of the Black Panther movement and even worst according to some, that she is black. Even Saturday Night Live made a comedy video about it.

If any of you get a chance, rent or buy the movie, “H.G. Wells Things To Come”.

I thought at this point in time we as a society would be on to bigger and better things, kind of like Star Trek the Next Generation. But we seem to be stuck holding on to the past. Fear of color, fear of religion, fear of sex, fear of life. “Things To Come”, does feel a lot like our current society. The solution in this film to dealing with all the people who got in the way of advancement was to gas them to sleep.

On a weekend that’s suppose to be about love, there is so much hatred out there.

Anyway, this project isn’t about my politics, it’s about art. Besides I can’t and don’t have the time to teach a bunch of faith believers the ideas and concepts of God and loving your fellow man that kind of stuff though should be included in all their bibles.

Happy Valentines Day, what ever that means.

Hey, if you want to get away from the human race this weekend, join me at Long Beach Comic Expo for the drawing event I will be hosting. 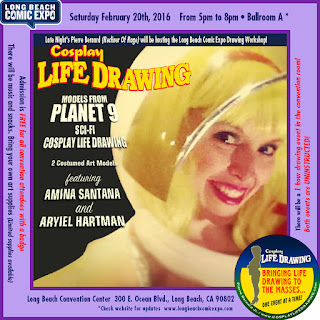